Survey Shows Žalgirio Arena as the Leader in Baltic Region

Novelty and spaciousness are two advantages that many event-goers address about Žalgirio Arena. 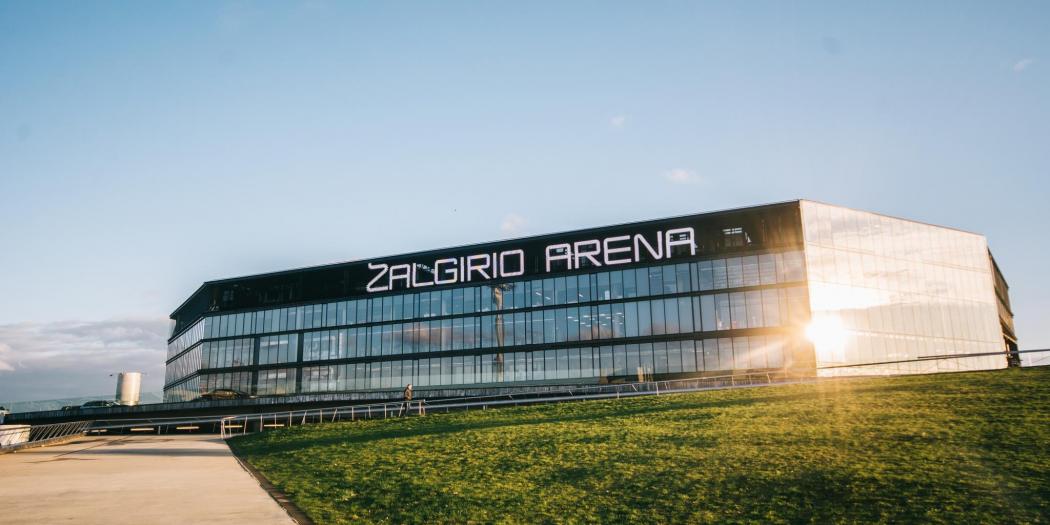 Known for its lush forests, record-setting internet speeds and, of course, basketball, Lithuania has become a hot destination for business and tourism alike in recent years. The nation of merely 3 million people is more and more often looked at as the destination for various international exhibitions, spectacular concerts and world-class sporting events, and there is certainly no better place for it all than Žalgirio Arena.

While Lithuania boasts plenty of modern sports and entertainment locales, it is easy to pinpoint Žalgirio Arena as the top venue in the country, and one that draws in not only sports and concerts, but also massive performances and a number of other events under one roof.

Žalgirio Arena is beloved by its visitors, and the numbers prove just that. A recent survey carried out by Kantar had 1009 respondents (18-65 years old) from all over Lithuania answering about participating in basketball games and other events. Survey showed that 76 percent of them had visited some sort of arena in the last year, with the lion’s share – 40 percent – making their way to Žalgirio Arena.

In this context, basketball is usually the reason for the visit, as the survey showed that 60 percent of the participants had visited Žalgirio Arena at least once in their life, with two-thirds of the respondents going there for a basketball game.

Žalgirio Arena opened its doors in 2011 and immediately became a beloved home to the country’s top basketball club – Žalgiris Kaunas. Ever since its establishment in 1944, the historic green-and-white club has become a landmark name in European basketball. It is safe to say that with all the historical and recent success, the team has built a substantial, loyal and energetic fan base. With 87% of the Lithuanian population interested in basketball supporting Žalgiris, they’ve become an integral part of the ever-packed Žalgirio Arena.

It’s not just the results that draw in the crowds – the atmosphere in Žalgirio Arena is often hailed as one of the top in Europe, while the arena itself was named as the best in the continent, leaving the main venues of Madrid, Barcelona, Milan and Istanbul in the rearview mirror. The tickets to Zalgiris’ EuroLeague games are often booked weeks in advance, as a crowd of like-minded fans flock to the stands to create a spectacular, energetic and wild atmosphere.

The fans are keen to come back, too, often bringing a friend along. A survey done in the arena itself showed that 80 percent of the visitors declared that they would highly likely (9-10 points) recommend visiting an event in Žalgirio Arena to an acquaintance.

Žalgiris Kaunas Chief Business Officer Unė Marija Jurkštaitė does not hide that that is by itself one of the main goals: “While we would previously stress victories and an unwavering will to win as the main accents of a sport event, now we try to bring forward the opportunity to spend quality time with like-minded people, friends, colleagues or family. Not every person who comes to the game is a basketball expert, but everyone enjoys to spend two or three quality hours in a high-quality event and service.”

A research that was carried out this summer showed that a large portion of the arena’s visitors also heads to Kaunas for concerts of Lithuanian artists (43 %), concerts of foreign artists and exhibitions (27 % each). The arena doesn’t organize concerts and events itself but does offer rental services for agencies.

Novelty and spaciousness are two advantages that many concert-goers address about Žalgirio Arena. No wonder – the venue can host over 15 thousand people in sports events, while the number rockets up to 22 thousand during concerts. No other arena in the entire country can out-do those numbers.

Žalgirio Arena has become a drawing point for visitors not only for citizens of Kaunas but also to thousands of visitors from elsewhere. It is estimated that a quarter of Lithuanians that make their way to Kaunas, go there purely for events in Žalgirio Arena. In 2018 alone, the venue hosted more than 800 thousand visitors. While attendance numbers often fluctuate depending on socioeconomic realities, last year’s numbers are expected to see another increase.