Spending the first month of summer in Kaunas? Great. Here's what we've planned for you. 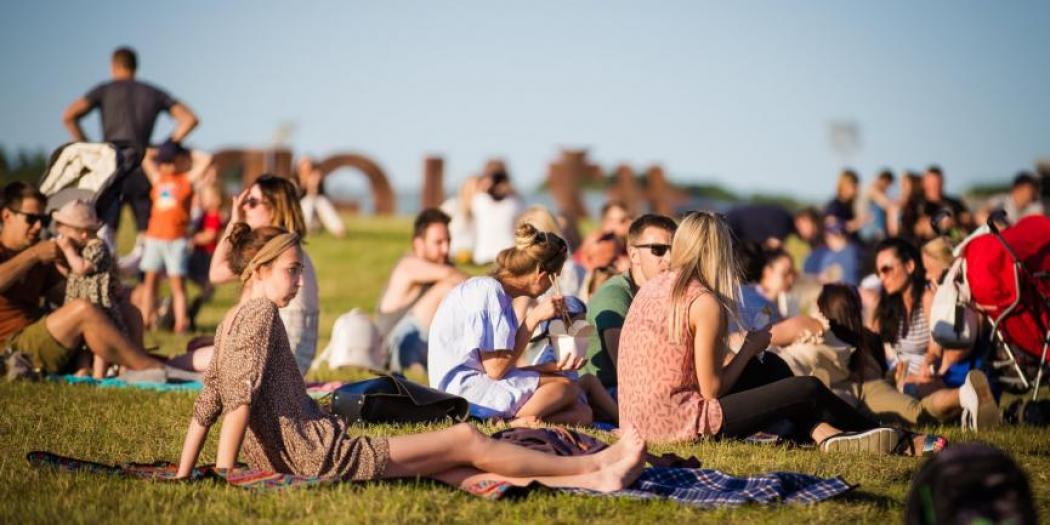 Spending the first month of summer in Kaunas means attending dozens of concerts, exhibitions, theatre and contemporary circus performances, traditional events, tasting food, jumping through bonfires and watching speedboats competing in the Kaunas Reservoir. More events can be found on our calendar. You are welcome to contact us via Facebook or email for recommendations and tips.

As every year the Pažaislis Music Festival is returning to Kaunas city and Kaunas region, as well as other concert spaces all over Lithuania. The grand opening of the festival will be held on May 31 at the Pažaislis monastery. Conducted by Constantine Orbelian, Verdi’s Requiem will be performed by Kaunas City Symphony Orchestra, Kaunas State Choir and four soloists on June 9 at the Kaunas State Philharmonic. On June 14, the festival will return to the monstery. For full programme and tickets, head to the festival website. 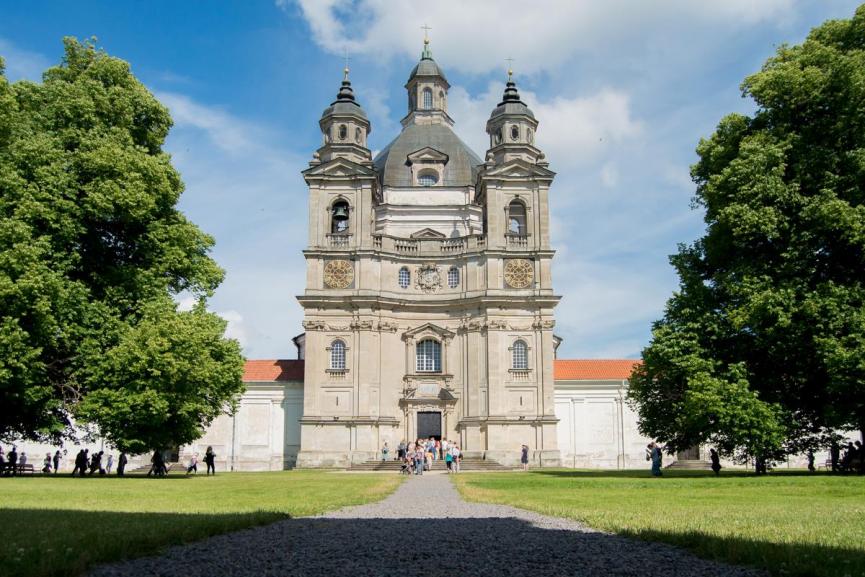 Open-air food markets are a popular tradition in cities all over the world, especially the warmer places. Lithuanian summers have been getting hotter and hotter recently; maybe this is why the Open Kitchen project has seamlessly blended in with our older summer traditions. In 2014, the open-air street food market tradition kicked off in Vilnius. A few years later, the excellent food and perfect mood virus spread to Kaunas. The new season has already begun – same as last year, the street food market is buzzing every Thursday in the Nemunas island, by Žalgirio arena. This means plenty of space for the food trucks to park, enough green fields for foodies to chill, also space for sports activities and running around with your pets. Also, it’s a great spot to meet up with your friends during lunch hours or in the evenings. Do check the Facebook page before going, because sometimes weather conditions prevent the events. 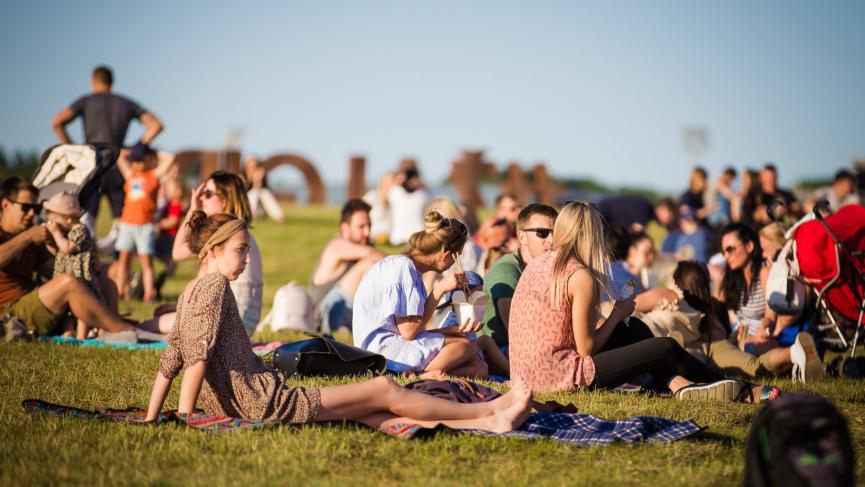 “Cirkuliacija” is an educational contemporary circus festival organised since 2015. It attracts new and various audiences each year. The main goal of the festival is to introduce contemporary circus to more people, together with its subtle and unique language, and also its educational and social capabilities. This year, the festival offers a significant amount of free shows, concerts, discussions and family events for residents of Dainava microdistrict and, of course, everyone else who’ll travel there. All the noons between June 13 and 16 will be meant to gather the local elderly for board games, snacks and Bingo tournaments in which the winner gets a ticket to the evening shows that are made by exciting companies from all over Europe. Find the programme here.

Kaunas dance company “Aura” have teamed up with the local improvisational music collective “Kaunas Zoo” to produce a performance investigating the topics of beauty, fashion cult and striving for glamour, as well as representing the void created by living with masks. Catch the premiere at the National Kaunas Drama Theatre. 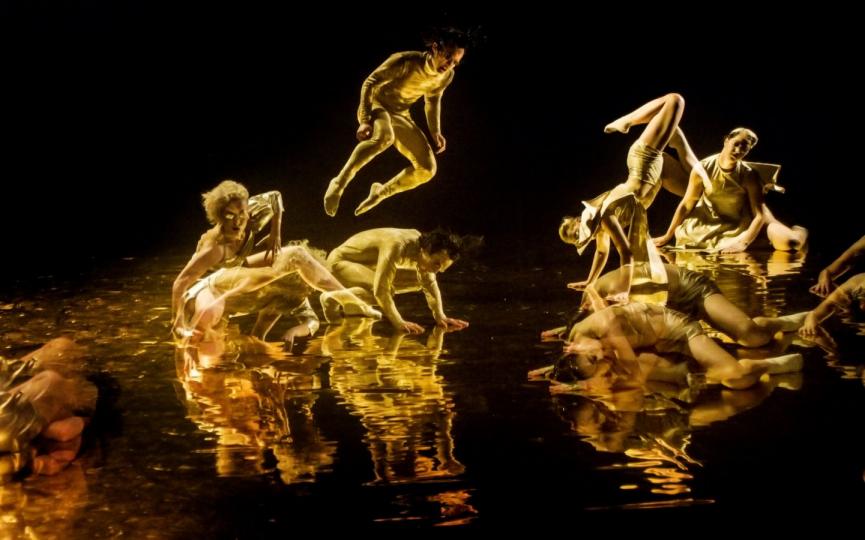 Kaunas Biennial aims to become the most significant event for contemporary art in Kaunas, Lithuania and Europe. It reflects analytically the art processes currently taking place all over the world, by bringing up the priorities of creative collaboration and openness in the operations of artistic creation and its perception. The 12th edition of the biennial will be held in and around the Kaunas Railway Station, continuing through Vytautas Avenue and exploding again in the Kaunas Picture Gallery. Its topic is set for “After Leaving. Before Arrival”. Head to the official website for more information on artists, events and locations. 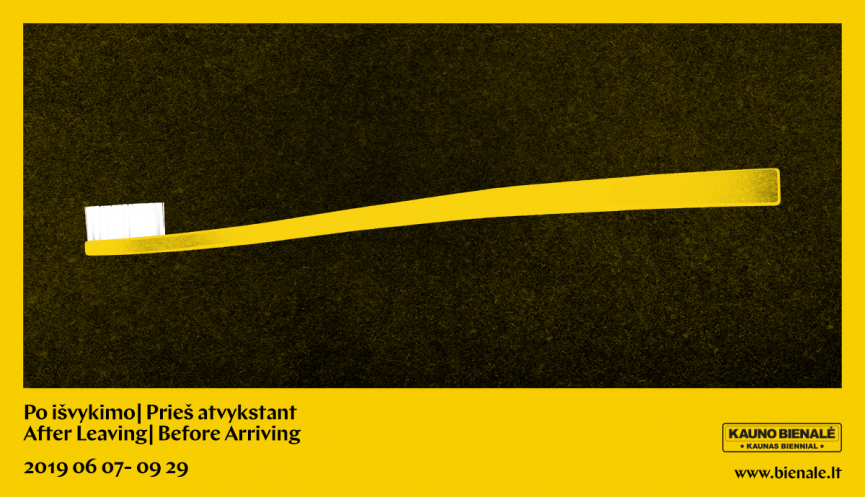 Nathan the Wise is a play published by Gotthold Ephraim Lessing in 1779. It is a fervent plea for religious tolerance. The church forbade its performance during Lessing’s lifetime, and it was first performed in 1783 at the Döbbelinsches Theater in Berlin. The utopian tale of the Age of Enlightenment exalts the human mind and the power to make the world perfect and tries to convince us that three sons – three religions – can live in peace and harmony. Vytautas Anužis was awarded the Golden Cross, the highest award in Lithuanian theatre, for portraying Nathan. The performance, directed by Gintaras Varnas, received numerous other awards and accolades. Surtitled in English.

The gig in Žalgirio arena will be a rollicking, dynamic show focusing on the most beloved songs written by the British musician and spanning the 16-time Grammy Award winner’s prolific career with The Police and as a solo artist. Fans can expect to hear “Englishman In New York,” “Fields Of Gold,” “Shape Of My Heart,” “Every Breath You Take,” “Roxanne,” “Message In A Bottle” and many more, with Sting accompanied by an electric, rock ensemble.

A marathon with a view! Start in the city hall square, thriving with life from the 16th century, run by the remains of Kaunas castle, built in the 14th century. Enjoy the wide and flat route near two of the most prominent Lithuanian rivers and examples of Lithuanian architecture from the Medieval, Gothic, Renaissance, Baroque, Modernist, Soviet-era to modern times. In 2019, the event will be back for the 7th time.

The premiere of Nathan the Wise was the highlight of the previous season at the National Kaunas Drama Theatre. This year, the spotlight’s on Ghetto, a performance directed by Gintaras Varnas and based on a play by Joshua Sobol.  The play focuses on the experiences of the Jews of the Vilna Ghetto during Nazi occupation in World War II, as well as the story of the Jewish theatre inside the ghetto. The theatre became the source of strength and resistance. It’s a story about a collective fight for survival, both physical and spiritual. Varnas added a lot of documentary material to the work of Sobol. Surtitled in English.

The idea of the festival was born from a public debate that went on for several years: does Kaunas need a different theatre and where would a place for such theatre be? The festival seeks to present postdramatic theatre and to allow the audience to get acquainted with the theatre, which, in a local context, is yet conditionally new. The axis of the festival is site-specific, immersive theatre development specifics. This year, the festival is moving to a historical wooden house in Žaliakalnis that acted as an elementary school for a few decades. For the last year or so, it has been standing empty. More about the festival here. 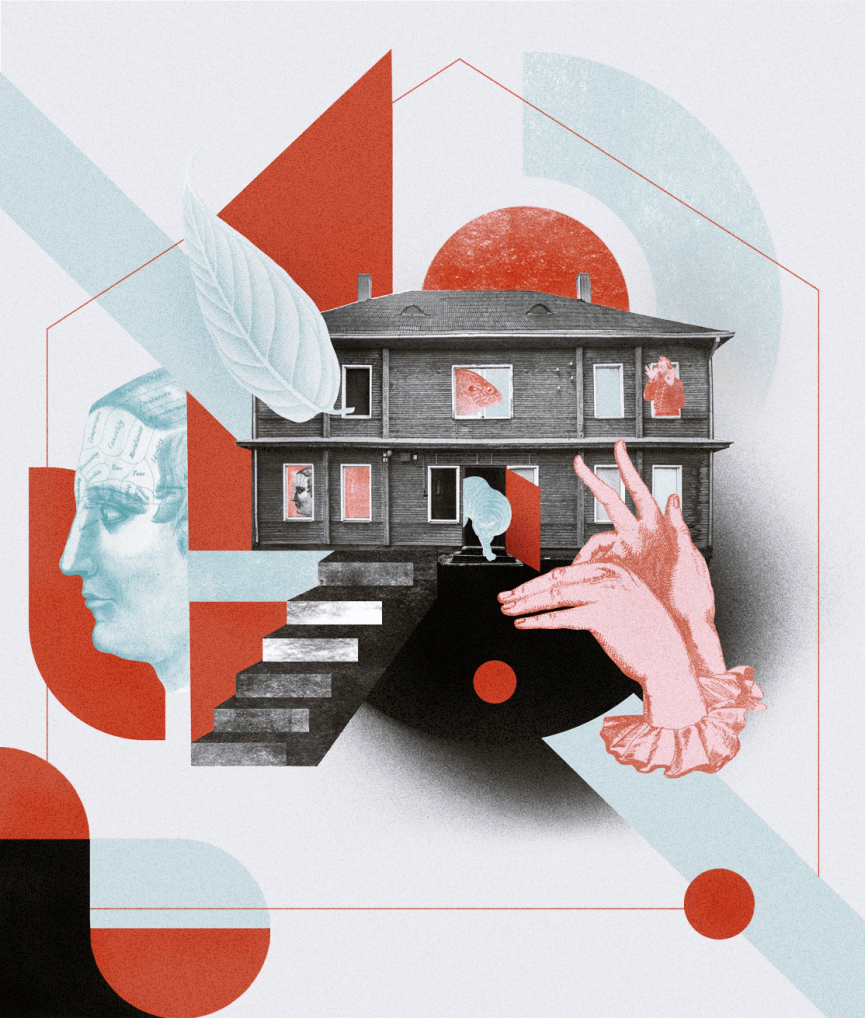 Singing and dancing, as well as involving into various rituals, during the shortest night of the year has been a strong tradition in Lithuania, as well as many other countries, since prehistoric times. The contemporary lifestyle has incorporated Joninės, as we call the Midsummer Night in Lithuania, into our summers. June 24 is a public holiday, so expect quite a few happy people in various parts of the city on the night before. For traditional events, check what the Kaunas Forts have to offer, ass well as the Open-Air Museum of Lithuania. A contemporary celebration will be held in a former gunpowder warehouse in Šančiai neighbourhood.

They accelerate quicker to 100 Kmph than a Lamborghini Murcielago LP640 and a Mercedes SLR McLaren, they produce a G Force of 4.5 while taking 90 degree turns at 140 Kmph, the driver sits in a fully enclosed tiny capsule with minimal visibility yet they compete against each other, often only cm’s apart, at speeds of 160 Kmph. What are they? They are Formula 2 Powerboats. These lightweight carbon fibre catamarans boast an impressive power to weight ratio and thanks to the unique design they glide across the surface on a cushion of air, often with only the propeller in the water. However, because water conditions are continually changing lap after lap, it has been likened to driving a racing car over a ploughed field. The Lithuanian Grand Prix is a free – and very intriguing – event hosted at the Kaunas Reservoir.