Travelling to and Getting Around in Kaunas 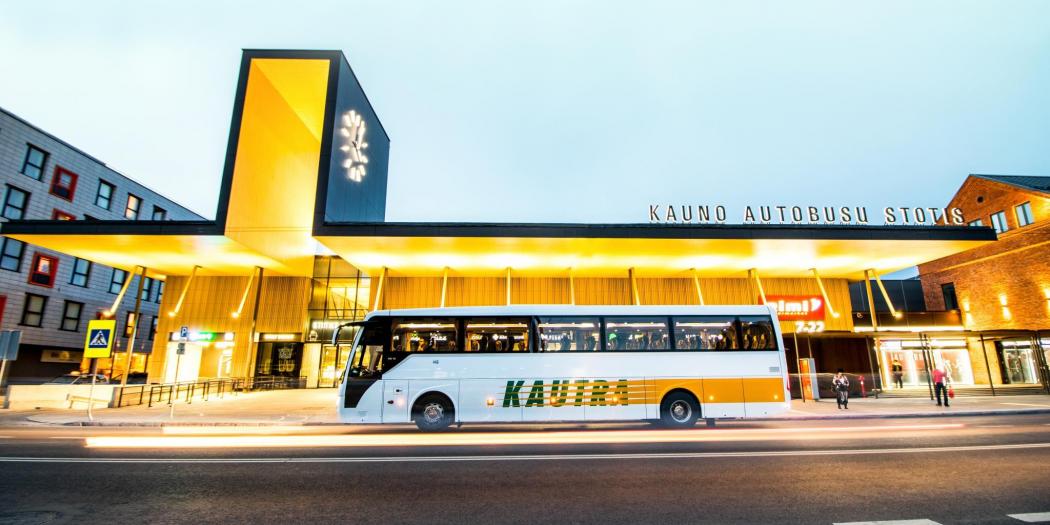 Kaunas is the second-largest city in Lithuania, situated in the centre of the country. It’s also at the confluence of Lithuania’s two biggest rivers! Here are the most convenient ways of travelling to Kaunas and getting around the city.

Travelling to Kaunas
By car

Travelling to Kaunas by car is hassle-free from Riga, Warsaw, Vilnius, Klaipėda and pretty much the rest of the cities in the surrounding region. You have to pay for parking in the central part of Kaunas 8 am – 6 pm from Monday to Friday (no charge on weekends – except the Town Hall Square, where the hours are 8 am - midnight), except public holidays. To pay for parking, you can use the Unipark and m.Parking apps, your contactless bank card or Euro coins. More on parking in Kaunas here. 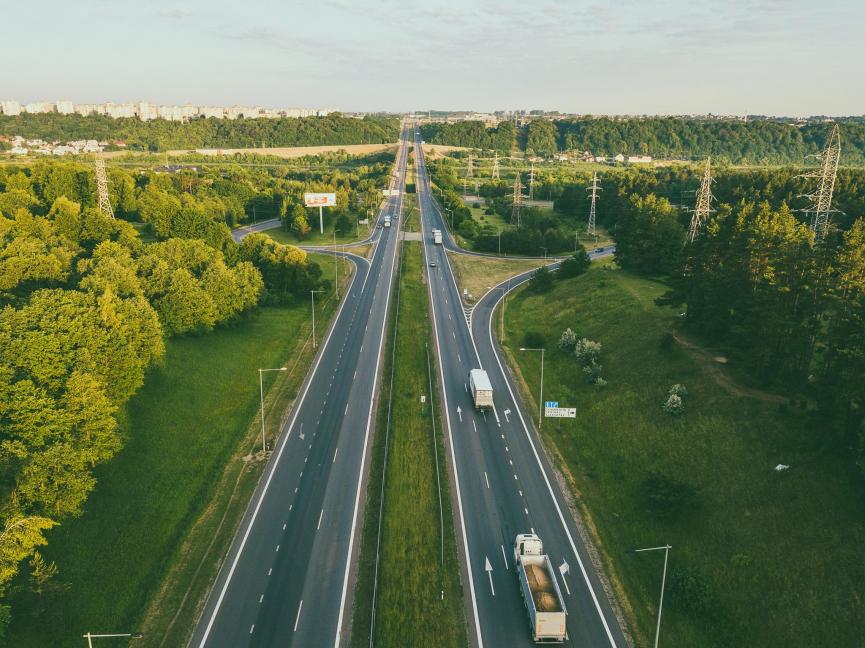 All roads lead to Kaunas! Picture by A. Aleksandravičius

The Kaunas bus station is one of the most modern in the region – not only it looks great in pictures, but is open 24/7 and offers plenty of activities for those waiting for intercity (check the Lithuanian connections and purchase tickets online here) and international buses. Jazz concerts and movie screenings pop up from time to time – consider yourself lucky if you catch one! The bus station is not far from the city centre – it takes less than 15 minutes by foot to reach Soboras, one of the landmarks of Kaunas. 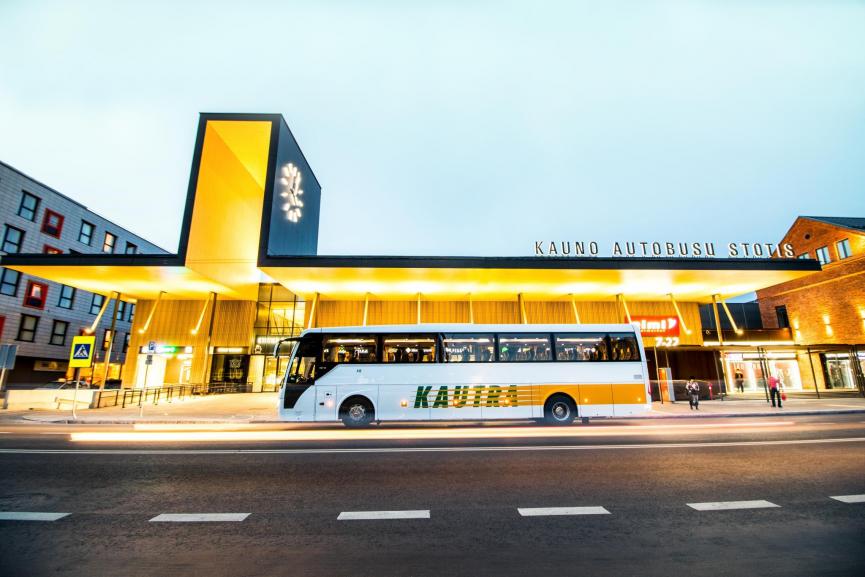 Major cities in Lithuania, as well as Bialystok and Suwalki in Poland, are connected to Kaunas by rail. In the future, the undergoing Rail Baltica project will ensure fast and comfortable connections between Kaunas and Riga, Tallinn and Warsaw. In the meantime, check the timetables and purchase tickets here.

Wizz Air, Ryanair and LOT, as well as some charter flight companies, fly to and from Kaunas international airport. It is located in the central part of the country, 14 km northeast of the Kaunas city centre and 100 km west from the capital Vilnius. Hop in the city bus #29G (its timetable is adjusted to the arrivals schedule) to reach the city centre for the most affordable price – 1 Eur! Here's a simple scheme we've prepared for you to decide where to get off the bus. 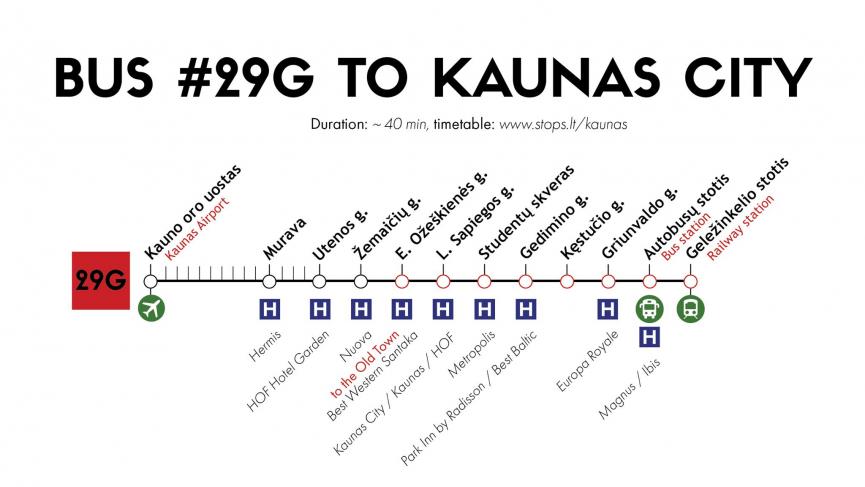 Of course, you can also call a cab (we recommend the eTaksi, eTransport and Bolt apps).

Getting around Kaunas
Public transport

Kaunas is a very walkable city; we suggest you pack your most comfortable shoes. To reach objects in the outskirts of the city (or if it rains, or if you happen to love buses and trolleybuses!), we suggest you use the busy network of public transport. Download the Trafi app for real-time traffic and timetables and Žiogas app for purchasing (cheaper) tickets. The latter is super-fast and convenient! There's also a public transport network website called stops.lt that quite possibly speaks your language, too. 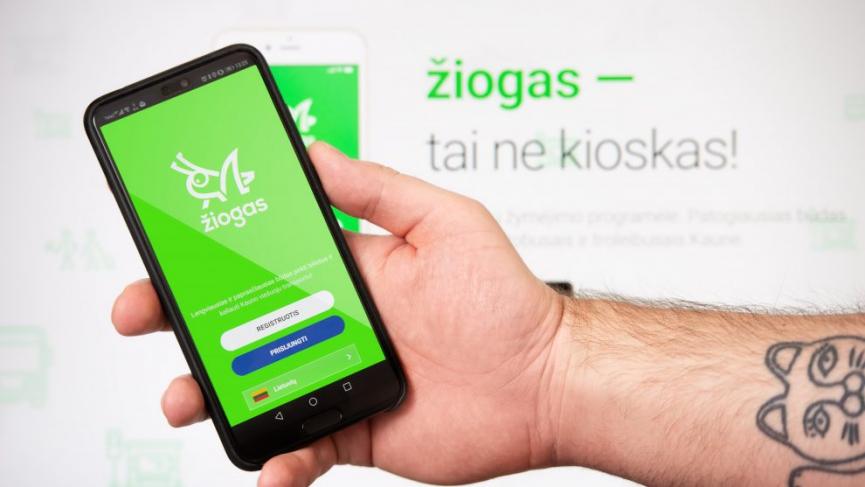 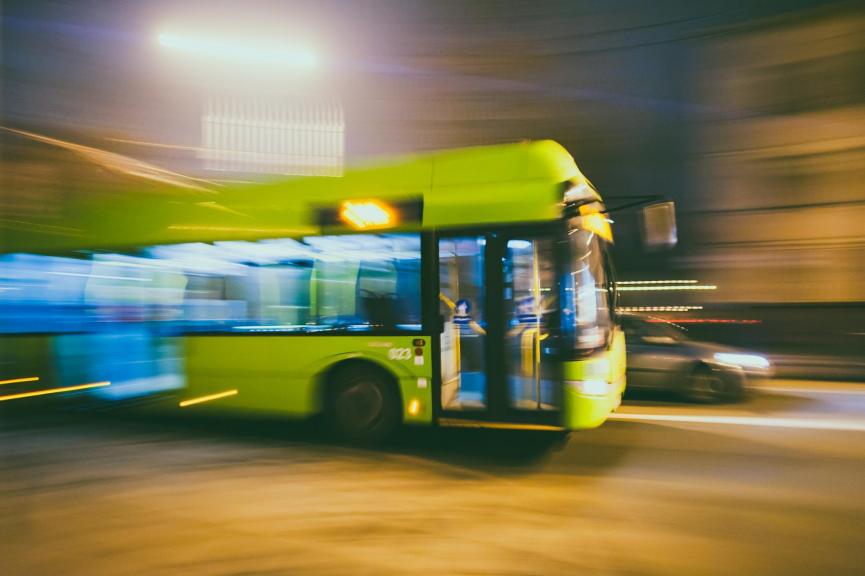 Picture by A. Aleksandravičius

Uber does not operate in Kaunas as of April 2019, but there’s a similar service called Bolt (previously Taxify). Here’s a discount code for first-time users – KAUNASIN. Enter it when registering the app and save 7 Eur! We also recommend the eTaksi app that connects most traditional taxi companies in the city. eTransport is a Vilnius-based company that recently started operating in Kaunas. You can also ask your hotel staff to call you a cab by phone. 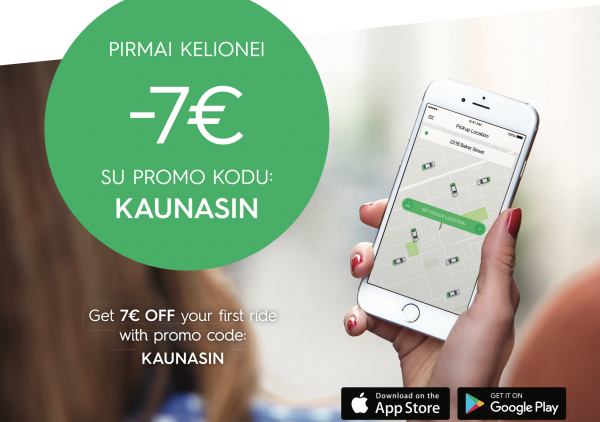 CityBee car-sharing app offers plenty of new (or new-ish) cars that you can pick up and drop off in dozens of places around the city. You can also get an electric vehicle from Spark in Vilnius and park/charge it in Kaunas.

Bolt launched the scooter-sharing service in the central part of Kaunas in August 2019. Fun times! Simply download the app or use the same one you use for calling a cab. 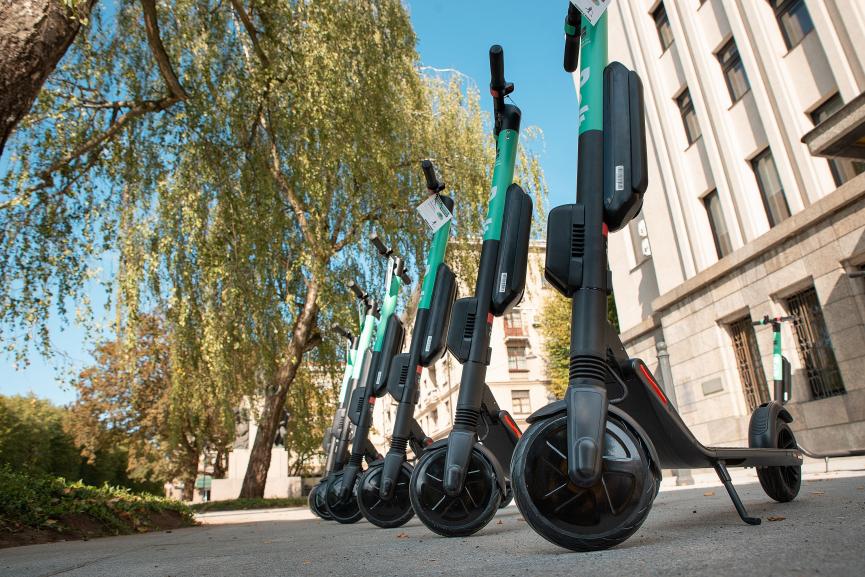 We’ve been working on improving cycling conditions in Kaunas for a few years now; that is, if you visited Kaunas the past, you'd be positively surprised by the number of bicycles riding on the streets of Kaunas. You can either bring your bike (getting to remote spots or uphill is no problem as you can take your bike for free in the public transport — look for the Like Bike sticker on doors) or rent one. Here’s a list of rental spots. For short-term rides, we suggest CityBee app that also offers sharing cars and – later this spring – escooters. 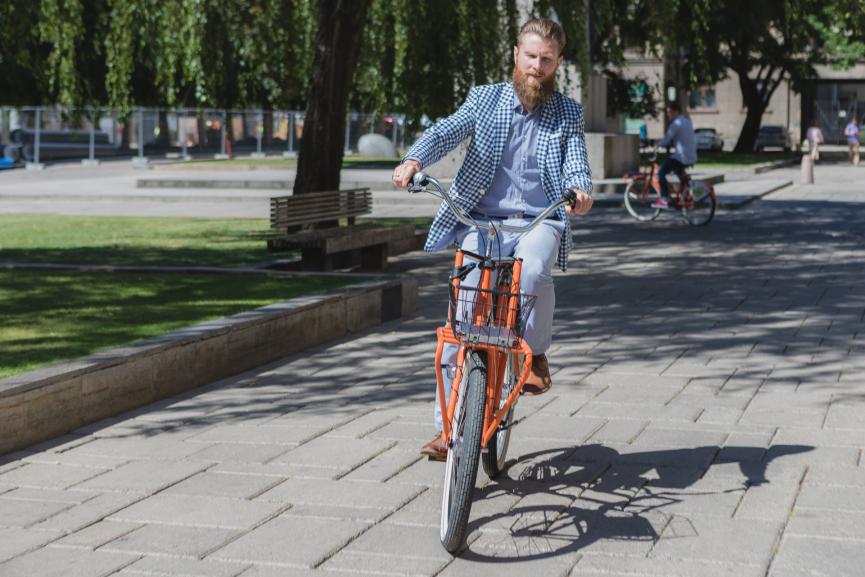 You have to pay for parking in the central part of Kaunas 8 am – 6 pm from Monday to Friday (yes, the weekends are free – except the Town Hall Square!), except public holidays. To pay for parking, you can use the Unipark and m.Parking apps, your contactless bank card or Euro coins.

Kaunasians don’t commute with boats as of 2019, but, considering we’re surrounded by Lithuania’s two major rivers, it’d be very cool. Anyhow, you can sail in the Kaunas reservoir and take a boat trip to neighbouring towns of Kačerginė, Kulautuva, Raudondvaris and Zapyškis, all of which are well worth a day or a half-day trip. You can also take a boat to Birštonas, a picturesque SPA resort approx. 40 km from Kaunas. Contact the Nemuno turas company for more information, schedule and bookings.

One must see the Pažaislis monastery from the Kaunas reservoir, too. Picture by A. Aleksandravičius