It’s totally up to you how you spend your staycation once you check-in into one of the centrally located hotels in Kaunas. 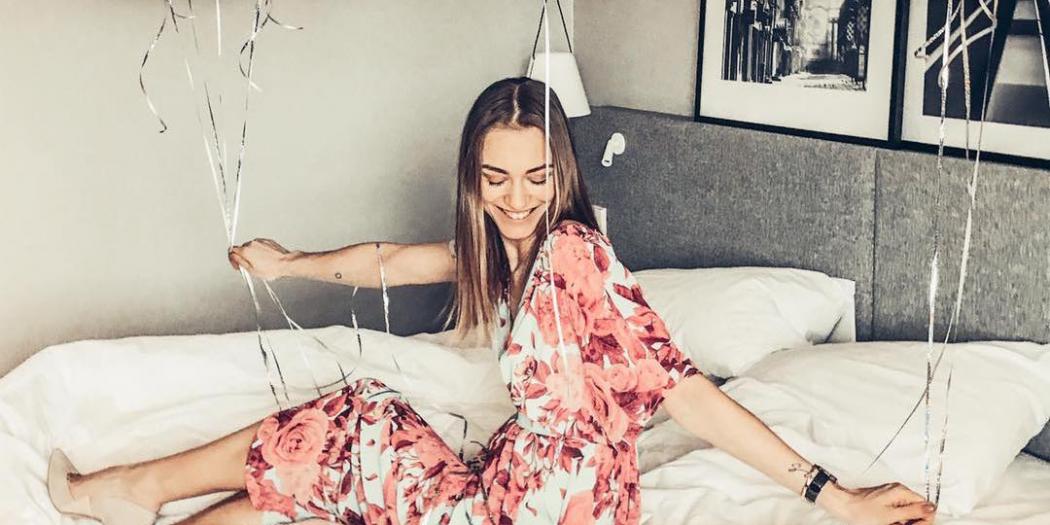 Remember we told you about our weekend at Moxy Kaunas Centre? Well, travel restrictions aren’t going anywhere in the nearest future – we do hope a lot from the upcoming Summer season, though – so we decided to explore some more and have some recommendations for those in Kaunas today. Maybe you’ll find an idea for the upcoming Easter weekend?

It’s totally up to you how you spend your staycation once you check-in into one of the centrally located hotels in Kaunas. You can spend the entire evening or two watching the TV, or you can use Bolt Food and Wolt apps to explore the menus of the kaunastic restaurants nearby. Also, it’s springtime, so it’s nice to stroll around and see what new street art Kaunas has or which exhibitions you might want to catch in the numerous museums and galleries (yup, they’re open).

Located just a few steps from the buzzing (in the good times) Laisvės alėja, the hotel is surrounded by modernist architecture. By the end of April, it will be fully renovated and become Radisson Kaunas, part of a more upscale chain of hotels. We love the minimalist facelift and especially the photos decorating the rooms! They’re all by one of our favourite photographers, Andrius Aleksandravičius.

Currently, Park Inn by Radisson offers special deals for second-birthday-during-the-pandemic stays, a delicious offer for Easter weekend and even a special for those who can’t stay overnight but want to hop in the room for a generous weekend brunch. The nearby Saulėja Spa is open (some of the services are not applicable due to the quarantine) and can be reached without leaving the hotel. 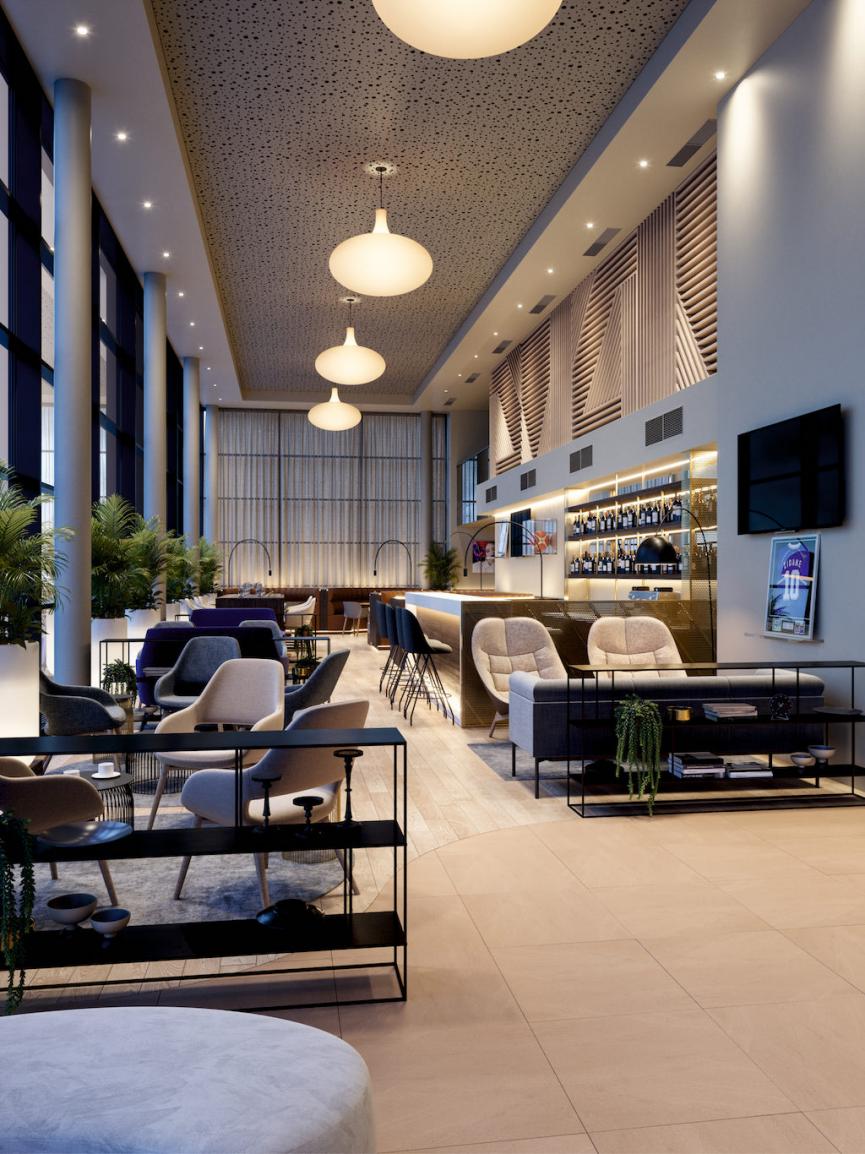 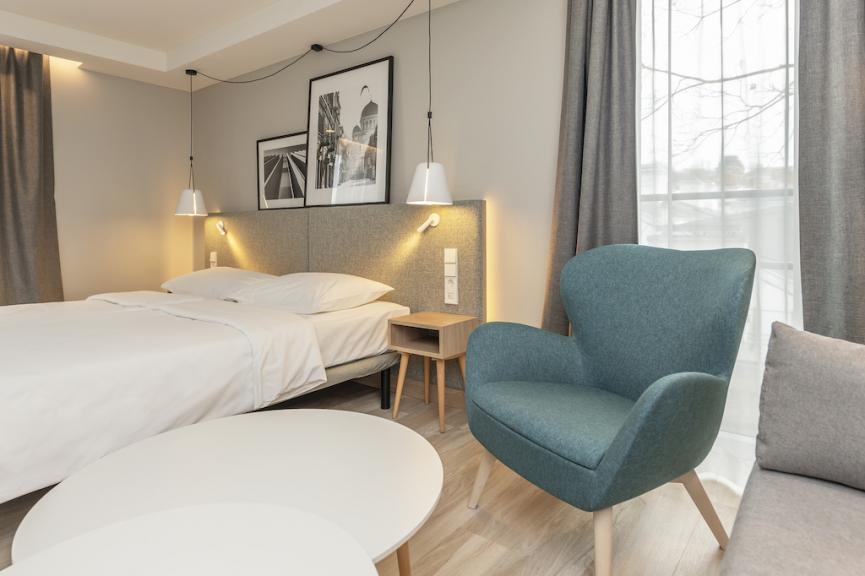 Photos by the hotel

The grand building in the very heart of Laisvės Alėja is perfect for those who love spacious rooms and oversized windows. The windows are perfect for watching strangers strolling in the once-longest pedestrian boulevard in the region. 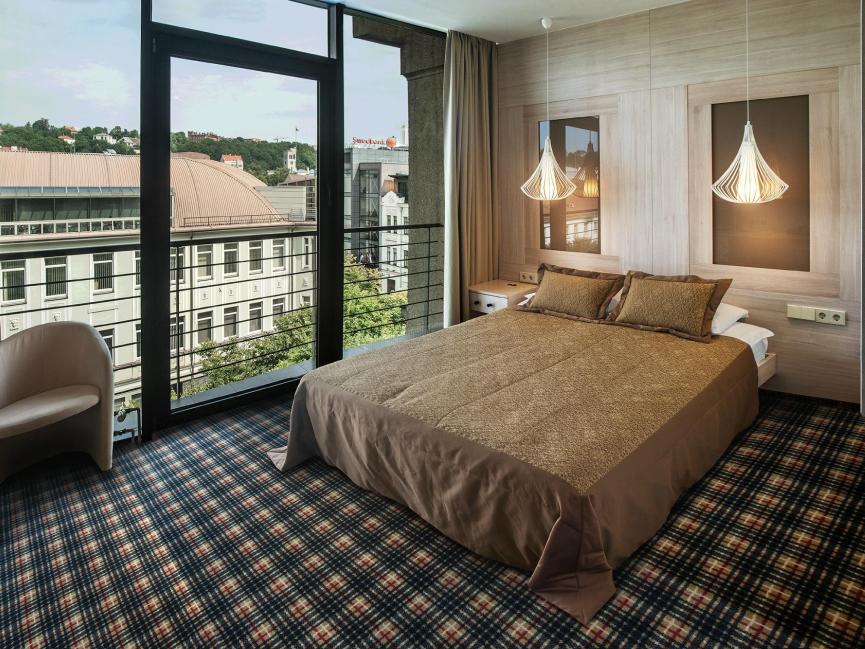 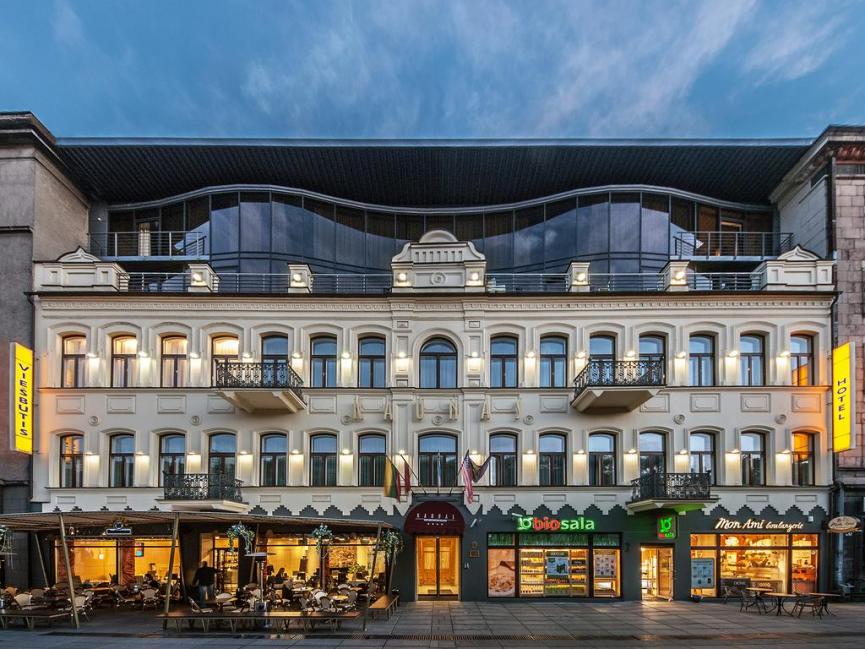 Photos by the hotel

Do you imagine what Kaunas was like when it was the temporary capital of Lithuania? In the 1930s, it was a busy European capital full of fashionistas, artists, singers, diplomats from all over the world… Metropolis was one of the go-to places; its restaurant had a lovely live jazz band. We can’t invite you to the restaurant, but the hotel is still up-and-running. Its style changed a few times during the years; the lobby, though, is as it was back then. Don’t you love the revolving door?

Japanese diplomat Chiune Sugihara stayed here after the embassy closed in 1940; he continued issuing life visas for Jewish refugees in the hotel. In Autumn 2020, a contemporary statue reminding of the events was unveiled in front of the hotel. 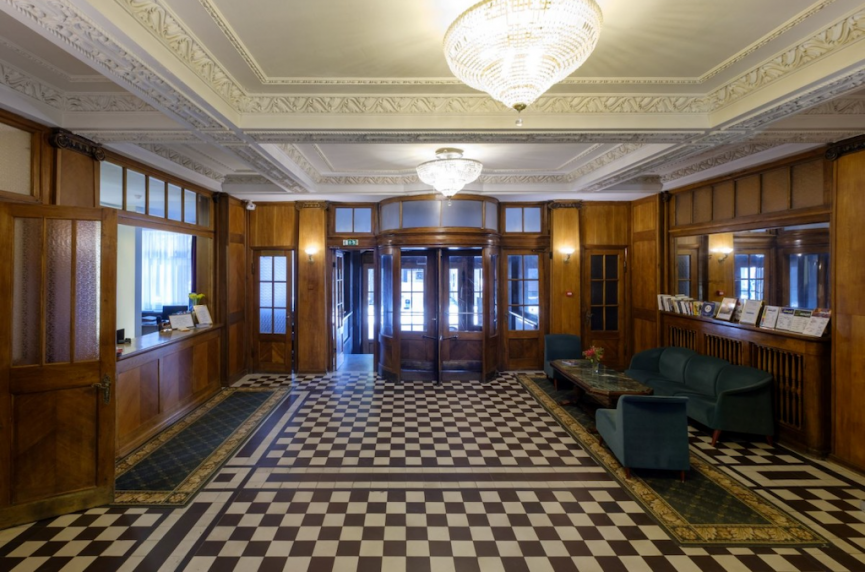 Photo by the hotel

The red-brick building not far from Akropolis mall was built as a printing house almost 100 years ago. Only some 12 years ago it became a hotel, so inside is quite a contrast to the outside – but very stylish indeed. One of the best-kept secrets of Kaunas is a sculpture of a woman best seen from the courtyard – created by Antanas Aleksandravičius, it was demolished during WW2 and only reinstated in 1990. 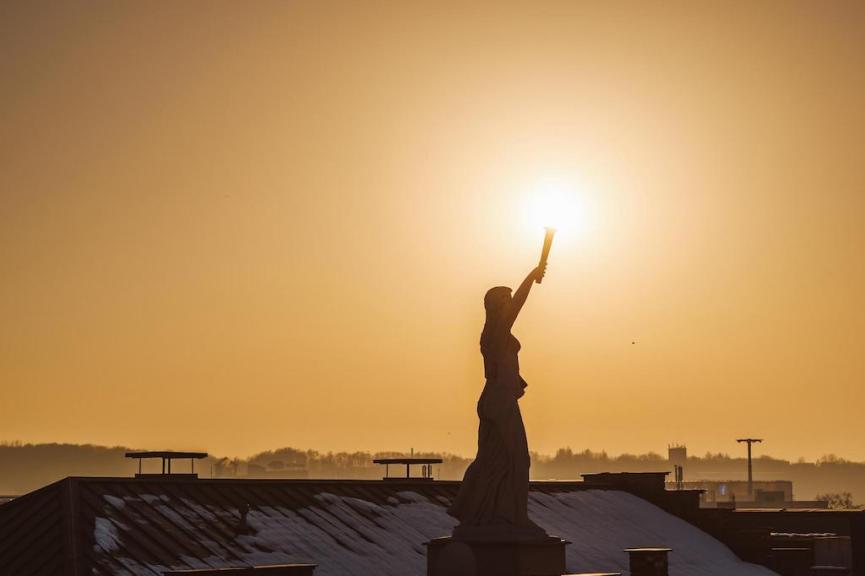 Just like VICTORIA, this hotel right between downtown Kaunas and the Old Town fascinates with its historical facade; just like in VICTORIA, the past meets the present in a wonderful way here. The location is perfect for those who’d like to explore the beautiful churches of Kaunas and stroll around the river Nemunas.

Would you like to explore the other side of Kaunas? ibis Kaunas Centre is an excellent choice if you haven’t yet discovered Šančiai, Žaliakalnis or the former industrial part of the New Town. It’s located right by the charming new Kaunas Bus Station.

Talking about Žaliakalnis, the Algiro hotel is currently open in that neighbourhood. Some of the other Kaunas hotels are closed due to the pandemic; you can find more ideas for your staycation on Booking.com.