It’s hard to say what year precisely the first word was illegally written on the walls of Kaunas, but during the years of Soviet occupation, some bold anonymous statements had appeared. After the restoration of independence, the sales of spray paint seriously shot up and neither the police nor local government was able to curb the artifice of graffiti artists. Currently, we find only traces of that untamed freedom – mostly in the form of unobtrusive gang tags (KWTM, 041, etc.). After losing its rebellious nature, street art has become a universally recognised value which is not only visually attractive but adds value to Kaunas as a design city. 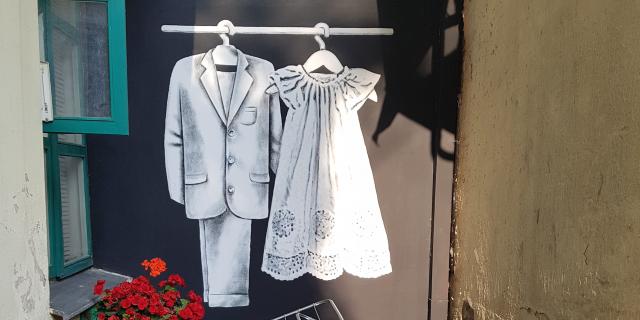 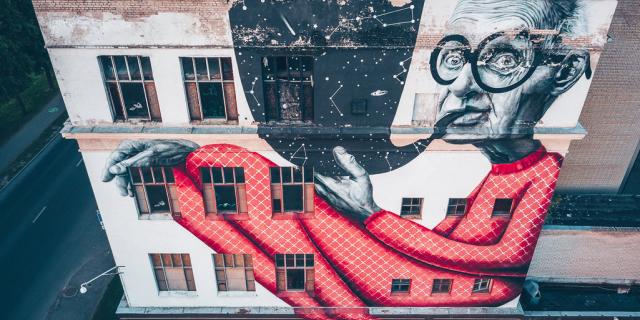 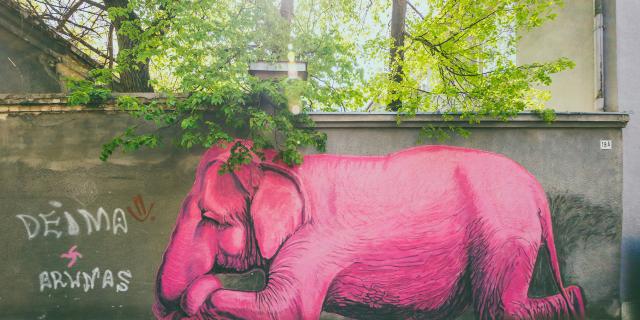 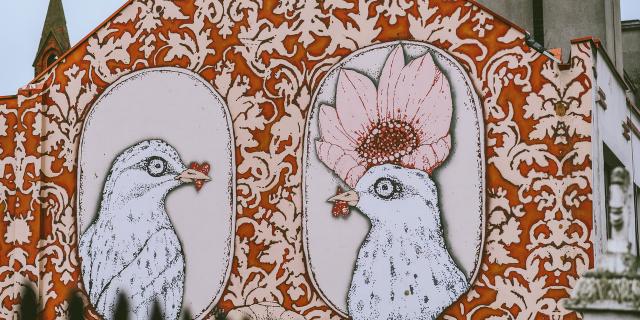 Street art HE AND SHE 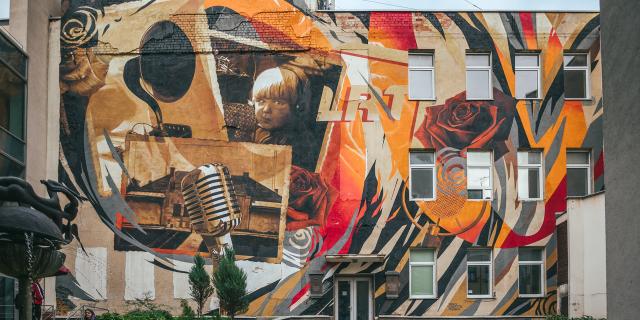 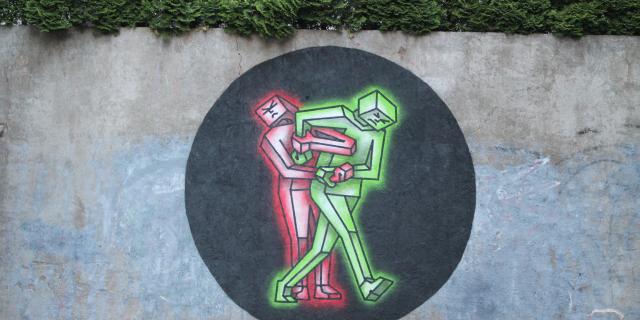 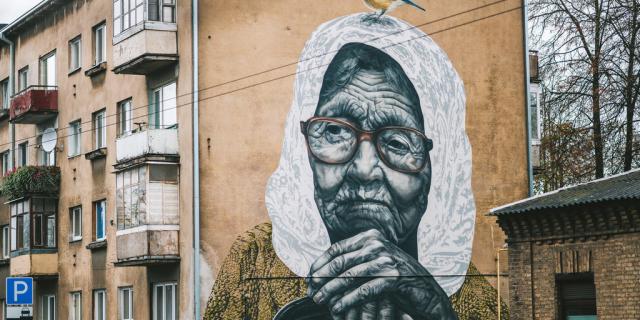 Street art The Winter is Over 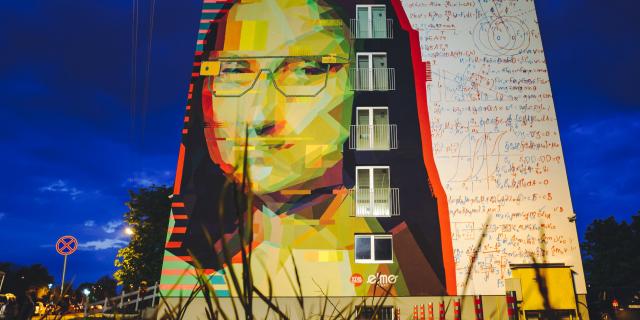